That time Josie ate a bug on live TV 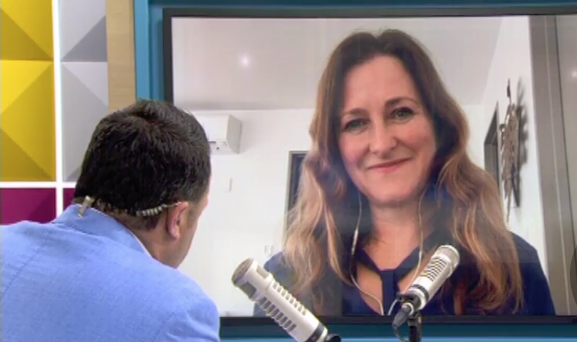 "A New Zealand political commentator has swallowed more than just her words by keeping a promise she made to eat a bug on live television. On Wednesday Josie Pagani promised she would eat a bug if Joe Biden won the 2020 US election - and on Sunday, he did.

"Pagani appeared on The AM Show on Monday, and made good on her promise. She told host Duncan Garner she had considered eating a gummy worm as a way to side-step her promise, but realised she probably couldn't get away with it."

The story is here.

"Unfortunately I rummaged around in the gardens of Queenstown and I managed to find this disgusting, big fat ant," she said while holding it up to the camera. "Oh my god - it's still alive!"

But not for long - as a way around just eating the ant, Pagani dropped it into a shot of tequila - a bold choice given that it was just 7:20am. "I hope to God it drowns," she said.

Josie joined Bernard Hickey and Jim Mora on RNZ to discuss the outcome of the US Presidential election, as networks declare a winner following a four-day wait.

If not now, when?

I bet they wish they'd been a bit more ambitious. Instead, they have boxed themselves in with water-tight commitments - no wealth tax, no capital gains tax, no increase in the age of eligibility for Super.